Parma, Capital of Culture 2020, it’s a city full of artistic and food tradition.

The city of the Emilia Romagna is often visited in only few hours, but the things to see and to do are more than what you can expect.

Among museums, theatres, monuments and great food, in this article we will suggest what to see in Parma.

Piazza Duomo, in Parma, is one of the stop-over not to be missed (and maybe the most important) for visiting the city.

Here there are three of the most famous buildings of the old town: the Duomo, the Baptistery and the Palazzo Vescovile.

The Cathedral of Santa Maria Assunta is the typical church with a Romantic style and with the classic gabled facade. Inside you will find the same Romanic style but decorations are from the Renaissance period. The Cathedral of Parma has beautiful frescos inside the dome, made in 1526 by Correggio. You will lose your head watching them!

The Baptistery is the main building of the square. This building had been commissioned to the sculptor and architect Benedetto Antelami in 1196 and today it is considered one of the best example of the Romanic and Gothic architecture.

Finally, inside the Bishop’s Palace you can visit the Diocesan Museum.

Among the things to see in Parma there is also Palazzo della Pilotta, a group of buildings which extend near the Bishop’s Palace and whose construction started at the end of the ‘500 thanks to the Farnese’s family.

At beginning the “Corridore” was built; it was a group of buildings which connected the Rocchetta (the Keep) to the Ducal Palace. After some time the construction site has been expanded and they built a stable, some houses for the stable boys, and a warehouse for the carriages, the wardrobe and a group of galleries.

The glory of this complex ended together with the Farnese’s family and the buildings had been damaged during the centuries, especially during the Second World War.

Today after an important restoration project, inside the Palazzo della Pilotta there are the National Archaeological Museum, the Palatina Library, the Farnese Theatre and the National Gallery.

A curiosity: the name Pilotta derives from the Basque pelota game which was played by the Spanish soldiers in the Guazzatoio courtyard.

The collection of Parma started thanks to the Farnese’s family during the Renaissance, but in 1734 Charles of Bourbon transferred everything in Naples.

Today you can see a “new” collection added in 1734 and which had been enriched thanks to the presents of the artists from the Academy opened in 1752. In XIX century, Marie Louise Duchess of Parma started to add new noble collections for avoiding the dispersion.

Today the National Gallery of Parma is an important stop-over while visiting the city, a chance for admiring the Correggio’s’, the Parmigianino’s the Guercino’s, the El Greco’s, the Van Dyck’s and the Bronzino’s works. One of the most famous paintings from the Gallery?  The Head of a Woman (La Scapigliata) by Leonardo da Vinci!

The Farnese Theatre was built in 1618 thanks to Ranuccio I for the visit of Cosimo II de’ Medici.

The creation of the theatre was very innovative: the scenery was movable, the characters could be climb down from the top and a very ingenious hydro-system which allowed the flooding of the inferior part of the scene.

Unfortunately the theatre was abandoned and in 1944 was completely destroyed by bombs. After a long restoration during the ’60 it was reconstructed and today it can be visited.

One of the most beautiful place of Parma and unfortunately the less known is the Camera di San Paolo (Chamber of St. Paul)

Inside the old Monastery of St. Paul, there’s one of the most beautiful work of art from the Italian ‘500: the vault with the frescoes by Correggio in the old room of the abbess Giovanna Piacenza.

The woman, who loved the art and the culture, started the restyling works which ended with the Correggio’s decoration.

This beautiful work of art has been hidden for centuries: in 1524 was part of the cloister convent and was revealed only after some centuries when the monastery was secularized.

Even if it isn’t as famous as the La Scala in Milan or La Fenice in Venice, the Teatro Regio of Parma is one of the most important places for the Italian opera tradition.

The theatre was inaugurated in 1829 after 8 years of works, thanks to Marie Louise of Hapsburg Lorraine but the premiere wasn’t a success.

Anyway the theatre acquired great distinction and today it hosts many performances.

You can visit the Teatro Regio with a guided tour which lasts approximately 30 minutes.

Among the things to see in Parma we couldn’t forget the Shrine of Santa Maria della Steccata.

During the XIV century, a painting of a Nursing Madonna appeared on the facade of the oratory: since that moment the church became a destination for pilgrimages. The devotees arrived there for adoring the Virgin. For this reason a fence was put for organizing the flow of pilgrims and since then that image was called Madonna della Steccata (lit. The Madonna of the Fence).

The inner spaces of the church are very colored: the frescoes and the decorations leave you speechless

What to eat in Parma

After having suggested you what to see in Parma, we couldn’t leave you without any food suggestions!

In fact Parma is also famous for its food tradition and we want to suggest some food you can’t miss. 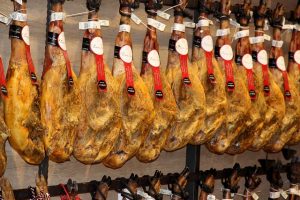 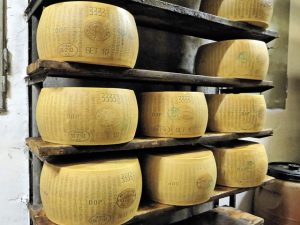 We hope that our suggestions of what to see in Parma have been useful for visiting the city.

Finally if you want to visit Parma in an original way we suggest joining our food tour: you can visit the city while walking together with a local guide who will show the most famous places and the most famous dishes in the best restaurants of the old town!