If you are on a trip around Italy and travel by car or train from Venice to Florence, or from Milan to Rome, you can’t miss the opportunity to visit Bologna, a city that has unexpectedly intrigued thousands of visitors in recent years. If you want to know what to see in Bologna in one day, you are in the right place!

Bologna is known as the “Fat” city, but also as “the Red” (if you climb up Asinelli tower and observe the city from above you’ll notice what I’m talking about!) and the “Educated” thanks to its very old and famous university that since the foundation has attracted thousands of students from all over Italy and now- the world! Let’s find out about what to see in Bologna in one day and some of its interesting spots that you must not miss on a one-day trip to Bologna. Luckily all of them- including places where you can try excellent local food- are in the centre of the city and you don’t have to go too far!

Piazza maggiore is the city main square. It hosts many temporary events and fairies, and it’s a spot beloved by locals, students and tourists. In Summer here it takes place one of the biggest open cinemas in Europe, a film festival called “Sotto le stelle del cinema” with films in English or Italian (with English subtitles). The square is surrounded by historical buildings such as Palazzo d’Accursio, today home to the town hall, Palazzo del Podestà, Palazzo dei Banchi, and Basilica di san Petronio, the old cathedral that strikes you for its unfinished facade. If you arrive from Via Indipendenza, you may access through piazza del Nettuno, where you find one of the architectural symbols of Bologna: the Neptune’s fountain by Giambologna. Palazzo Re Enzo is on the left and Sala Borsa, the main city library, on the right. The two squares hide two of the seven so-called secrets of Bologna: have fun trying to find them!

On the right side of Basilica di San Petronio you find via dell’Archiginnasio. Dated back to the XVI century, Palazzo dell’Archiginnasio is one of the most important historical buildings of Bologna. It’s the medieval home to the university, and nowadays hosts a library and the anatomy theatre, the place where the first doctors graduated from the University of Bologna started to learn about the human anatomy.

Walking through the columns of Palazzo dei Banchi from Piazza Maggiore you’ll find yourself in Mercato di Mezzo an important piece of Bologna’s food culture for it was a medieval open market later converted into the first covered one in the city. Here you can find meat, traditional cold cuts such as mortadella and prosciutto di Parma, fresh pasta (tortellini, tortelloni, balanzoni and more), fish, fresh fruit and vegetables, bread and sweets (visit Paolo Atti & son, the old town traditional bakery!) and local wine. Osteria del sole is a historical place where you can buy wine bringing your own food, sharing tables with other tourists, students and locals. Is this not enough? Do you still want to know more about what to see in Bologna in one day? Let’s continue.

Probably the main symbol of Bologna, it was built in the XII century by the Asinelli family. The shorter tower next to it is Garisenda tower, and they are two of the medieval towers that survived the passing of the time. You can enter Asinelli tower and climb the 498 step- stairs up to the top, one of the few spots that offer a great view of the city. But students, beware! According to the legend, if you climb it up before graduating you never graduate!

Bologna is famous for its reddish porches, another symbol of local historical architecture. There are no cities with such long porches (around 40 km in total) and for these reasons they have been considered to become an Unesco World Heritage site. As you can imagine, you can get rid of umbrellas if you live in Bologna!

Via Zamboni and the university area

University students are a big part of the local population (around 80 000) and Bologna is very popular for its lively university life. If you want to try to feel like a true local student you should walk down the porches in via Zamboni, home to many university historical buildings, and Piazza Verdi, where you also find the city theatre. Palazzo Poggi hosts university museums such as Museo di Palazzo Poggi and the European Museum of Students. Make sure you can come back at night and have a drink in via Petroni!

If you feel curious about the places described in the article, well our Bologna traditional food tour covers many of them! You will also have the great opportunity to taste all the main traditional Bolognese foods such as mortadella, tortellini, tortelloni, tagliatelle, cotoletta Bolognese and the special torta di riso Bolognese (rice cake) and find out about the stories behind the origin of these recipes! Did you know that Spaghetti Bolognese is just a legend?

Have we convinced you? What are you waiting for? Come and visit this beautiful city! This is only a short list about what to see in Bologna in one day, a city that has to offer a lot of activities and that certainly will not disappoint you. 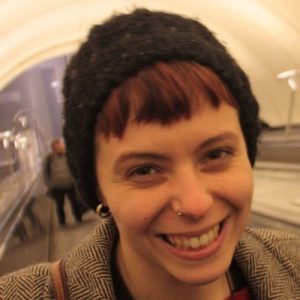 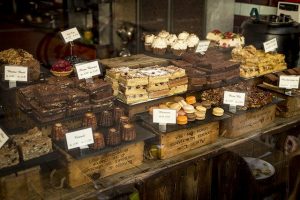 Food to try in Paris 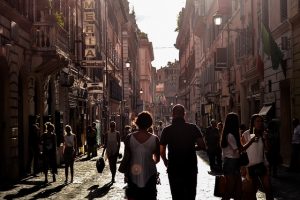 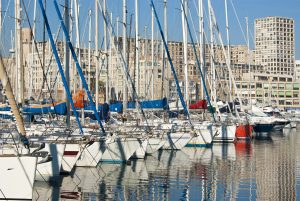 Top things to do in Marseille

Made by Giorgio Montefusco