Visit Malaga: 5 reasons to do so

Malaga is the second largest city in Andalusia after Seville and with the latter it shares a lively spirit, a tireless nightlife and long sunny days. If Seville, however, is located in the heart of the Andalusian region, Malaga has the good fortune to be surrounded by the Costa del Sol, one of the most popular coastlines for tourists.

Until recently the city was only an intermediate stop on the way to the famous seaside resorts in the surrounding area, but in recent years things have changed a lot. There is no lack of attractions and museums in the city and thanks to a strong marketing action the city has been able to rediscover its tourist vocation.

Let’s see, then, why Malaga is really worth a visit. 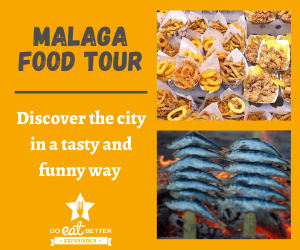 1. Picasso was born in Malaga

Pablo Picasso was born in 1881 in Malaga.

Today the city pays homage to the famous artist in a beautiful museum, the Picasso Malaga Museum, housed in the Bevilacqua Palace, a historic building in typical Andalusian style.

The Museum is the realization of a wish of Picasso himself who, shortly before his death, expressed the wish for a permanent exhibition of his works in his hometown. It took years to realize it and the Picasso Malaga Museum was only inaugurated in 2003, but today it houses a vast and interesting collection dedicated to the Spanish genius.

Inside the Museum you can admire paintings, drawings, engravings and ceramics: more than 200 works in all!

Once you’ve finished your visit to the Picasso Malaga Museum, we suggest you add one more stop to your itinerary: the artist’s birthplace at Plaza de la Merced 15. The residence that today houses the Fundaciòn Picasso was opened to the public in 1988 and inside you can retrace the history of the painter and his youth. Among the personal objects of the Picasso family are also exhibited works by Mirò, Chagall, Ernst and Bacon. 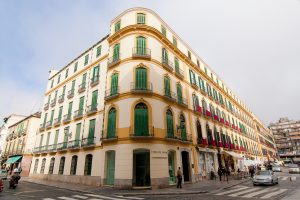 2.   Malaga’s markets are a riot of colors and scents.

To discover the liveliness of Malaga and live its daily life to the full, you need to walk through its markets.

Several flea markets and fruit and vegetable markets are organized in the city center, but the Mercado de Atarazanas is the real protagonist.

Incredible, but true, here once, in the 14th century, during the Moorish period, shipyards were built. Yes, the sea reached what is today the city center!

After the conquest of the city by the Christians this place was transformed first into a warehouse, then into an arsenal, a military hospital and even a barracks.

Today it is one of the best places to shop and taste tapas!

If you are curious to discover the history and anecdotes of this place and want to taste the best tapas in the city, then book your place to participate in our Malaga Street Food & Market Tour: a local guide will accompany you to discover the gastronomy of Malaga walking through the colorful setting of the Mercado Central! 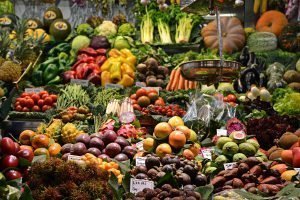 3.  Malaga’s beaches are perfect for relaxing

If you have decided to visit Malaga during the summer you should definitely go to the sea: Malaga’s beaches are the right place to sunbathe, relax and take a dip.

The Malagueta, is a sandy beach that stretches for about 1 km. This is definitely the most famous beach in the city, but it is frequented mainly by tourists.

The inhabitants of Malaga prefer to go east to some smaller beaches such as Playa de la Caleta, Pedregalejo, El Palo and El Candado. 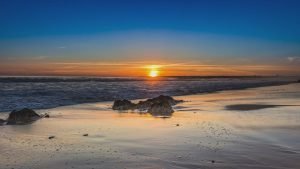 4.  In Malaga you can eat excellent tapas

Obviously visiting Malaga means filling up on the excellent tapas served in the city’s bars and restaurants.

These typically Spanish appetizers, which are usually accompanied by a glass of wine, are divided into cold dishes (cold meats, cheeses and specialties in oil) and hot dishes.

Among the tastings not to be missed in Malaga are fried squid and anchovies. The latter, in fact, are one of the typical dishes par excellence of the city and are called boquerones.

Other famous tapas that deserve to be ordered are the tortilla de patatas, patatas bravas and croquetas caseras, excellent croquettes with béchamel sauce.

To taste these and other tapas, book our gastronomic tour in Malaga: a local guide will take you on a tour of some of the most famous places in the city, leaving room for some delicious stops where you can taste the best recipes of the Andalusian tradition.

Discover the reasons why it is worth taking part in one of our food tours in Malaga!

5.  The Alcazaba recalls the Alhambra

Finally, during a stay in Malaga, a visit to the Alcazaba, a palace – fortress built between 1057 and 1063 during the Arabic period that is reminiscent of the Alhambra of Seville, cannot be missed.

The imposing Muslim building that can be admired today was commissioned by the King of Granada Badis ben Habús and was erected over the ruins of the fortress of Abd al-Rahman I, which in turn was built on the remains of an ancient defensive bulwark of Phoenician times.

To reach the Alcazaba you will have to walk uphill along a path that winds through the double walls that once defended the fortress: the route is a real leap in time that will allow you to get to know the history and changes of the city of Malaga. The Alcazaba, in fact, contains within its walls remains of past civilizations and traditions.

Going to the fortress you can admire the ancient Roman Theatre of Malaga and visit the Museum of Fine Arts and the Archaeological Museum.

In case you do not feel like walking uphill, you can take the elevator in Calle Guillen Sotelo.

Remember that from the Alcazaba you can also quickly reach another must-see stop in Malaga, the Castle of Gibralfaro. From the walls of this ancient fortress you will admire a breathtaking view of the city and its coast. 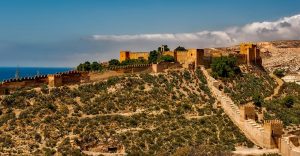 We hope, with our advice, to have convinced you to visit Malaga, but if you still want more information about what to do in Malaga do not hesitate to read our article.

Malaga holidays: everything you need to know 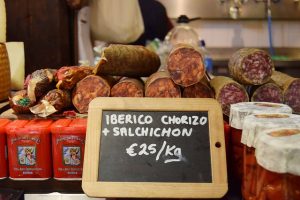 Things to do in Malaga

Visit Malaga: 5 reasons to do so 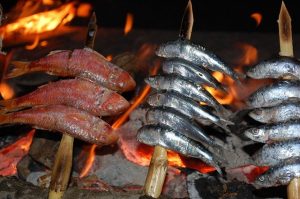 5 good reasons to join in a food tour in Malaga