The capital of Emilia Romagna is a lively and cheerful city, full of beautiful churches, characterized by high towers and sublime cuisine. Below we recommend the best things to see in Bologna during your visit.

We also remind you that Bologna is a city on a human scale and that you can easily get around on foot: a walking tour of the capital of Emilia Romagna is the best way to explore the city. 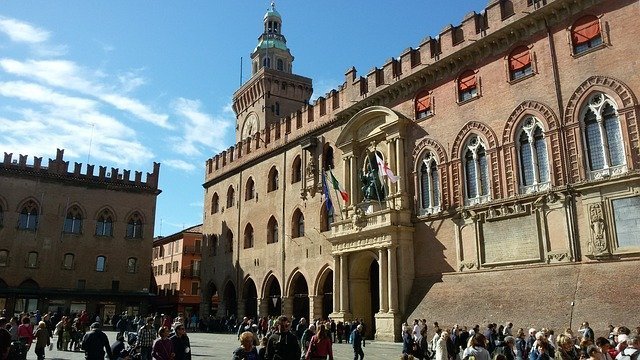 A visit to Bologna must start from Piazza Maggiore, the main square of the city and its beating heart.

Some of the most important historical buildings of the capital of Emilia Romagna face here: the Palazzo Comunale, the Palazzo dei Banchi, the Basilica di San Petronio and the Palazzo del Podestà.

During the summer, Piazza Maggiore becomes a huge open-air cinema thanks to the Sotto le Stelle del Cinema initiative of the Cineteca di Bologna.

The Towers of Bologna

As we mentioned at the beginning, Bologna is full of towers: if in the Middle Ages there were many, today there are less than twenty, but it is still a large number!

These towers were once built for defensive purposes and to show off the power of the families.

The two most famous towers are the Asinelli Tower and the Garisenda Tower.

The first tower can be visited, but be prepared to climb 498 steps! Once at the top, however, you will be rewarded with a beautiful view of the city.

Piazza Santo Stefano is one of the most famous squares in the city and is known by the locals as Piazza delle Sette Chiese (Square of the Seven Churches). The original plan called for the construction of seven churches that could reproduce the holy places of Jerusalem.

Of those buildings today four remain and only one has kept the name of Santo Stefano.

Inside the Basilica is kept a faithful copy of the Holy Sepulchre of Jerusalem. 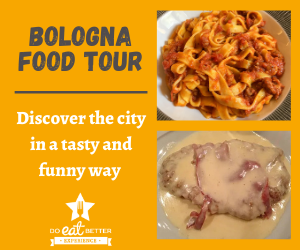 Another of Bologna’s peculiarities are its porticos: we are talking about 40 km of porticos in the historical center alone.

Their construction began in the Middle Ages when the owners of the buildings began to build them to increase the living space. Porticoes, however, soon became an important protection from atmospheric events and became a peculiarity of the Emilian city.

Among the porticos not to be missed are the quadriporticus of the Basilica of Santa Maria dei Servi (the widest in the city) and that of the archbishop’s palace (the highest).

Among the things to see in Bologna there are definitely its churches. These are many and listing them all is almost impossible, but we want to point out those that you really have to visit.

Finally, during a visit to the city, we suggest you take a tour of the markets of Bologna: it is here that you can buy and taste some of the best typical products ever. Among the markets in Bologna, we recommend the Mercato di Mezzo and the Mercato delle Erbe.

After a stroll through the many stalls you will certainly be hungry so remember to book a table in a good trattoria to taste the best dishes of Bolognese cuisine or, even better, choose to participate in our Food Tour of Bologna.

The guided tour will take you to discover the city, its landmarks and its delicacies. You will taste, among the many dishes, tortellini, bolognese cutlet (an alternative to the better known Milanese) and brazadela, a traditional dessert. 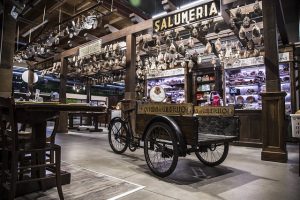