A selection of food markets in Lyon

Lyon is obviously one of France’s capital of gastronomy with a great number of star chefs. Where do they get their supplies ? In a Lyon food market, where they find high quality products, usually local. Their creativity does the rest. Paul Bocuse used to say that « quality and creativity were the two keys to success ».

When talking about food markets, we will differentiate between open-air food markets and covered food markets. Environmentaly friendly and organic products are undoubtedly the future of the quality of local gastronomy ; the growth of that kind of products and their sales outlets are proof of this.

St Antoine Célestins is the largest Lyon food market, located along the quays of the River Saône where you can enjoy a breathtaking panoramic view. The place knows a large social brassage is frequented by some chefs. There are more than 100 merchants on weekdays and 120 merchants on weekends : vegetables, fish, homemade fruit juices, butchers, delicatessen (especially from  Ardèche), and also flowers to decorate the table.

Another must-see Lyon food market is the one located in the emblematic district of la Croix Rousse. Here you will find everything. This food market is to be highly recommended. In this district with its village atmosphere, you can wander around and discover beautiful stands, sometimes a little surprising, such as the offal stand, but also the traditional vegetables, fish, cheese, meat and poultry. Fancy a delicious moment strolling through this Lyon food market ?

The first covered Lyon food market was created in 1859, Place des Cordeliers. Gathering stalls under a metal hall, usually in the open air, its purpose was to facilitate the daily life of both shopkeepers and customers. The facility was immediately seductive : more than a hundred years later, the city decided to innovate again with a major project and initiated the building of a new space to meet its gastronomic aspirations, in the evolving district of La Part Dieu.On January 1, 1971, the now famous Halles de Lyon, with 13,500 m² on 3 levels, were opened. This allows Lyon to reaffirm its uniqueness in the gastronomy world.

In 2004, Lyon once again undertook a major renovation project, including renovation, restructuration and upgrading to European standards of a site that today plays a major role in the city’s cultural influence. Two years later, Les Halles de Lyon unveiled a completely rethought design and spaces with a single purpose in mind : the pursuit of excellence. Proof of the success of this change, the Pope of French gastronomy, Paul Bocuse himself, the multi-starred chef, agreed to give his name to the Halles de Lyon.

This is a charming organic Lyon food market located on a neighbourhood square, lined with bistro terraces. The scents of tapenades and other vegetable spreads to enjoy on toast will soften you up. Then the infinity of vegetables and fruits will make you give in to temptation. Then pastries of every kind will complete your little tour in this paradise of the senses. This Lyon food market welcomes about twenty merchants who exclusively offer organic products (fish, delicatessen, cheese, bread, cold meats….)

This is the first colla borative Lyon food market and Food Court dedicated to sustainable food in the very centre of town !

Between 1838 and 2010, Les Halles de la Martinière supplied fresh produce to the inhabitants of the centre of Lyon and its surroundings. Located 300 m from City Hall, this neoclassical building opens a new page in its history in winter 2017.

Eco-renovated in respect of the original architecture, the place is completely reopened to the city and hosts good seasonal products, most of which come from local producers and/or organic farming.

Whether you are a local gourmet or just passing by, you will find a wide choice of products and a quality catering offer all year round !

This organic Lyon food market offers a large range of fresh products (fruit and vegetables, meat, cheese) from local producers, many references of bulk products, all from organic or peasant agriculture.

The Food Court area offers an inventive, local, seasonal and 100% short circuit cuisine with El bar des Halles by Cuisine Itinérante. Pancakes by the Crêperie Clandestine, organic juices, local fish… And many other surprises in this unique Lyon food market ! 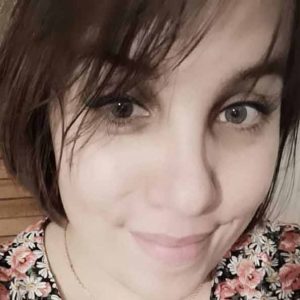 Born in Paris, Myfanwy has been living for more than ten years in Bordeaux. She is a freelance communication manager; she loves writing, music, good movies and horse riding. She has a bicultrual background, being French and British. She enjoys bonding with friends and family around a nice glass of wine or a gin tonic and a plate of dry sausage and cheese. 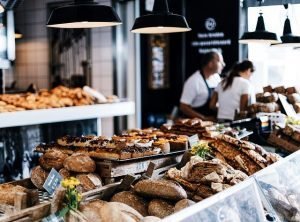 Reasons why you should visit Lyon 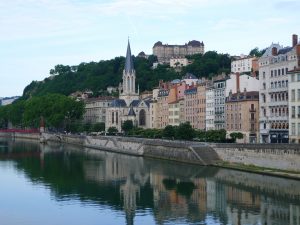 What to do in Lyon: 7 experiences not to be missed 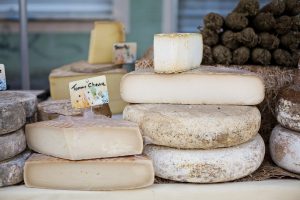 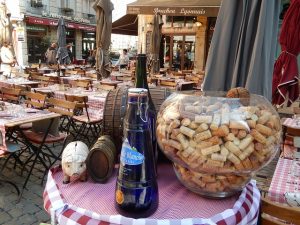